Maximize Your Body Transformation with My Proven System

I've been crafting my SYSTEM over the last 25 years and it’s maximized results for countless people all over the globe.

The most famous transformation can be seen in the internationally acclaimed documentary "I Want to Look Like That Guy" and the recent "Sequel" to the original film. 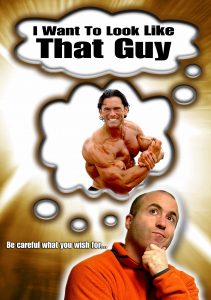 Have you ever seen a model with rippling muscles selling the latest fitness craze and thought to yourself….

At 42 years old and a 44 inch waist, film maker Stuart MacDonald takes on the challenge to look like that guy in the ad using my proven system. Stuart shows in detail what it actually takes to look like the guy in the ad by living the part and entering a body building contest. 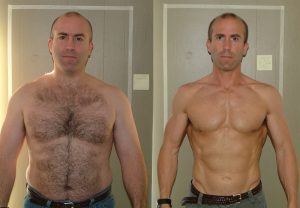 Along the way he discovers fitness product claims and photos are the biggest lies since the days when advertisers said smoking was good for you. It’s the greatest documented fitness debunking in history.

“I Want To Look Like That Guy” will make you laugh, be amazed and want to get in shape. Finally someone had the guts to give us all permission to relax about our body image. The goal of the 6 pack is over and it’s time lower the bar of expectation to what a healthy body should look like.


At JeffWilletPremium.com you will learn my system's methods that were used to transform Stuart and you'll also have access to all his nutrition and workout plans.

I Want to Look Like That Guy - The Sequel

After more than 7 years Stuart MacDonald is back to do a second documentary, "I Want to Look Like That Guy - The Sequel" - Fat and Bloated...again!

Subscribe now to follow along with Stuart as he works to look like that guy once again! You'll have access to all 24 hours of raw video footage of the documentary in action with plenty of coaching knowledge from me explaining all the intricacies of my system's principles. In this "Sequel" Stuart goes from the worst shape of his life to successfully completing an IRONMAN triathlon all made possible by getting back into shape by executing my plan. Here is just a taste of his transformation...

This video shows my body composition results after 23 weeks of coaching, workouts, education and nutrition. I honestly couldn't have done it without the help of Jeff Willet, a true olympian athlete and Team Universe Overall Bodybuilding Champion.

Check out these inspiring success stories from subscribers and One on One coaching clients!

Become a member today and have instant access to...

I Want to Look Like That Guy - The Sequel

Learn the Max-OT principles that I used which allowed me to go from being a good bodybuilder to a great one, winning multiple national titles and ultimately my IFBB Pro Card.

Find the exact nutrition plans followed by Stuart MacDonald in "I Want to Look Like That Guy" and Josh Burger during his transformation.

Discounts on my one-on-one coaching service

I've helped people all over the globe maximize their body transformation potential by teaching them a proven system that I've been perfecting for over 25 years. You will learn the same principles I used to become one of the world's greatest drug free bodybuilders and I will teach you how to apply them to achieve your physique goals.

Subscriber Interaction through our community

Take it to the next level with personalized coaching from Jeff

I've helped people all over the globe maximize their body transformation potential by teaching them a proven system that I've been perfecting for over 25 years. As a subscriber to jeffwilletpremium.com I am happy to offer you a special rate on my coaching services for the duration of your subscription.